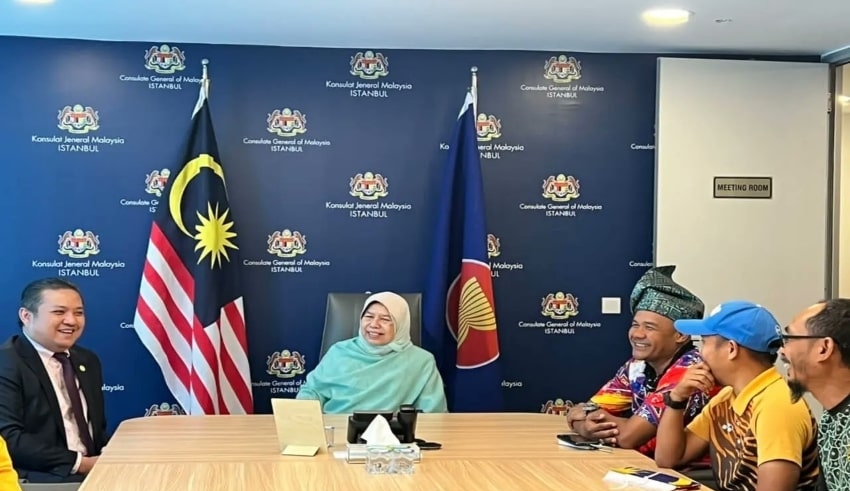 Despite the party’s enthusiastic response to the plantation industries and commodities minister’s declaration yesterday, Haniza told reporters that Zuraida would not be seizing the reins of PBM anytime soon.

“As a new member, Zuraida’s stance will be considered with PBM’s political department.” In an article published today, the Malay tabloid reported Haniza as stating, “We’ll wait for the secretary-general to convene the meeting.”

Haniza was reacting to rumors that Julau MP Larry Sng will be replaced as president by Zuraida.

Zuraida is a compelling leader with attributes capable of changing PBM’s political environment, according to Haniza, who added that her decision to join PBM was unexpected.

“Her decision to join PBM, which has around 100,000 members, was a wise one. Whether you ask if we’ll be able to compete in the next general election, I don’t believe that’s a reasonable benchmark to use.

“If we look at prior general elections, we can see that most politicians who have been in politics for decades are no longer the people’s choice. It’s a more even playing field,” Haniza, a member of the Lembah Jaya assembly, told Utusan Malaysia.

Prior to declaring her membership into PBM yesterday, Ampang MP Zuraida was a member of Bersatu’s supreme council, while rumors of her affiliation with the party have been swirling since last year.

Zuraida was a long-time member of PKR and its vice-president until joining several other Pakatan Harapan members in the “Sheraton Move,” which saw Bersatu president Tan Sri Muhyiddin Yassin establish the Perikatan Nasional alliance with Islamist party PAS to seize federal power.

After Muhyiddin stepped down as Prime Minister, Zuraida was re-instated in the Cabinet by Umno’s new leader, Datuk Seri Ismail Sabri Yaakob. Zuraida stated her intention to resign from the Cabinet in the same statement announcing her joining PBM yesterday, although she said she will first talk with Ismail Sabri about it